A constant struggle in design seems to be our desire for natural light versus our desire for privacy. There are several window treatment solutions designed to maximize our control over light and privacy - wood blinds and shutters; top down, bottom up shades, and drapery sheers. But in many applications those solutions are inadequate for our needs. That is why I love window film.
Most window film is applied with an adhesive. This is great for many people and situations. However, if you are like me and worry about getting the film on straight or changing your mind, non-adhesive window films are the way to go. They adhere to windows with static and are very easy to remove and reapply.

The following collection of non-adhesive window films are available through Scandinavian Design Center.

The Pelagron screen by Strössel Design is absolutely my favorite. Take an ugly view and create the impression of potted geraniums on the other side. Brilliant. 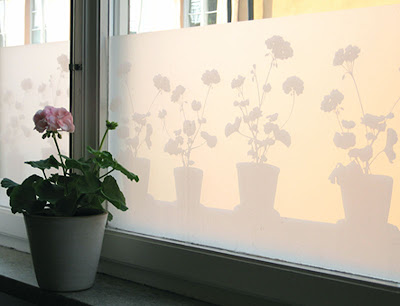 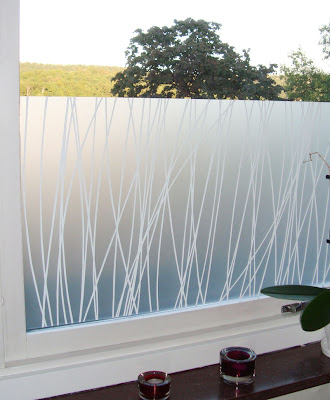 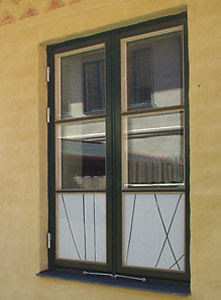 Here is my very own design dilemma solved by the Vass window film. My foyer gets very little natural light, so I wanted to keep as much as possible. However, this long, narrow window invites a lot of peeks from those ringing the bell. And there are times I don't want to answer. Blinds or shutters would have eliminated too much light. Drapery sheers would not have provided enough privacy. Not to mention that the window is very narrow for any of the above treatments. 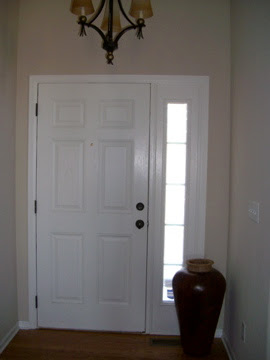 Instead I bought a roll of Vass window film, cut it to size and applied directly to the window. The whole process took about 15 minutes and I have the perfect balance of light and privacy. 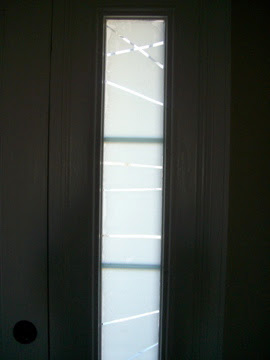 Thanks for sharing this link, but unfortunately it seems to be down... Does anybody have a mirror or another source? Please reply to my post if you do!

I would appreciate if a staff member here at www.blogger.com could post it.

Charlie,
Thank you for visiting the Beautiful Habitat blog. I can try to help you with the link. Can you please let me know exactly which link is down? You mention a mirror, so I'm not sure to which link you are referring.

This are great ideas.. I really love the designs.