In honor of the Saints' win in the Super Bowl, I'm dedicating today's post to the Fleur de Lis. The Fleur de Lis is a stylized iris or lily flower (fleur = flower, lis = lily). According to Wikipedia, "It may be at one and the same time political, dynastic, artistic, emblematic, and symbolic." It has been used in numerous coat of arms and flags throughout Europe, but is primarily associated with France. The Fleur de Lis came to be used in many French settled areas of the New World. In 2008, the Fleur de Lis became an official symbol of Louisiana.
If you want to add some of this historical symbol to your home, Ballard Designs offers the best selection in all things Fleur de Lis. 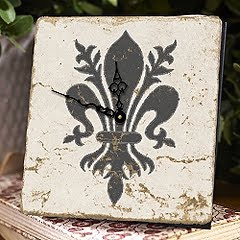 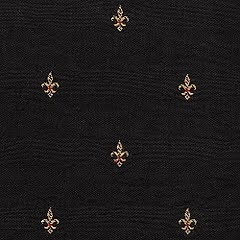 Fabric by the yard (other colors available) 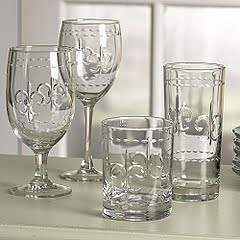 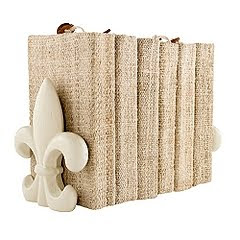 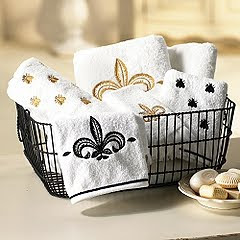 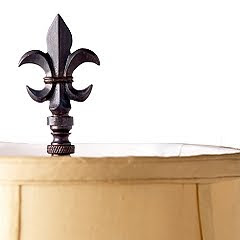 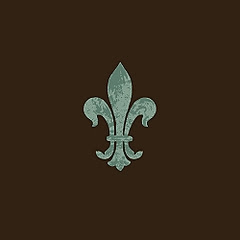 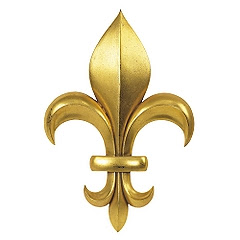 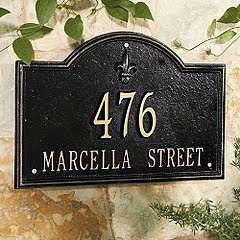